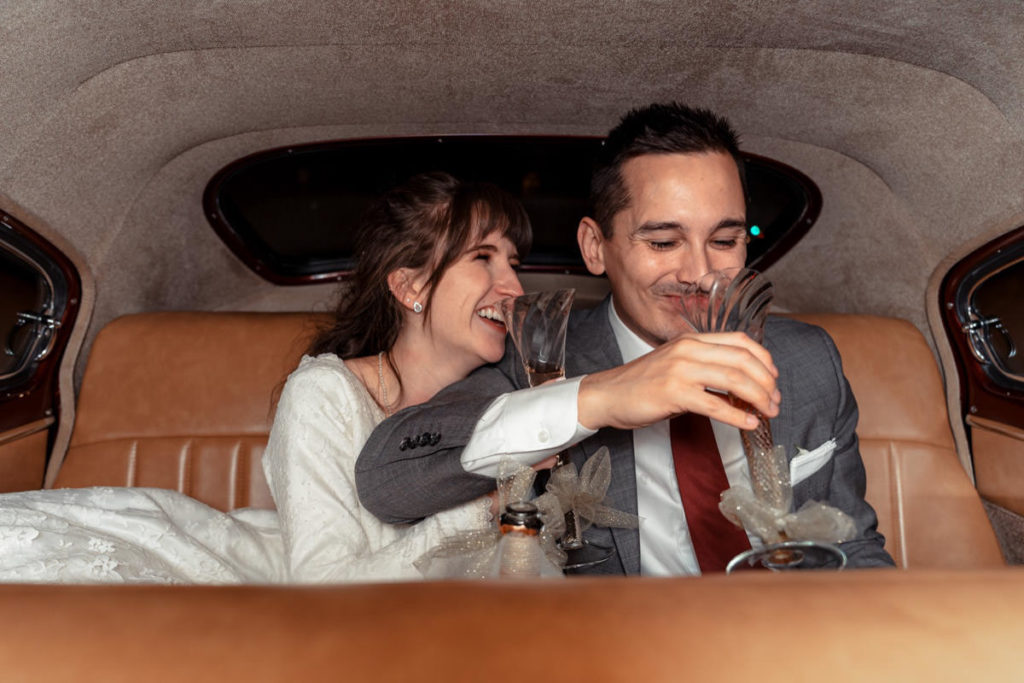 It’s heeeerrrrrreeeeeeeee… ONE OF THE BIGGEST DAYS OF YOUR LIFE!! You are pumped. Your love is pumped. You are so ready to break it down, break it out, and have the time of your life. Now you just gotta decide, how? What are you going to actually DO during your wedding? There are so many traditions out there, and oftentimes we expect to do them without even knowing why they exist. Well, why should you do something if it doesn’t have any actual meaning? So let’s talk about the history of 5 wedding traditions.

If you aren’t sure about whether or not to include a tradition in your big day, knowing the history can help you determine if it holds any meaning to you and your family. 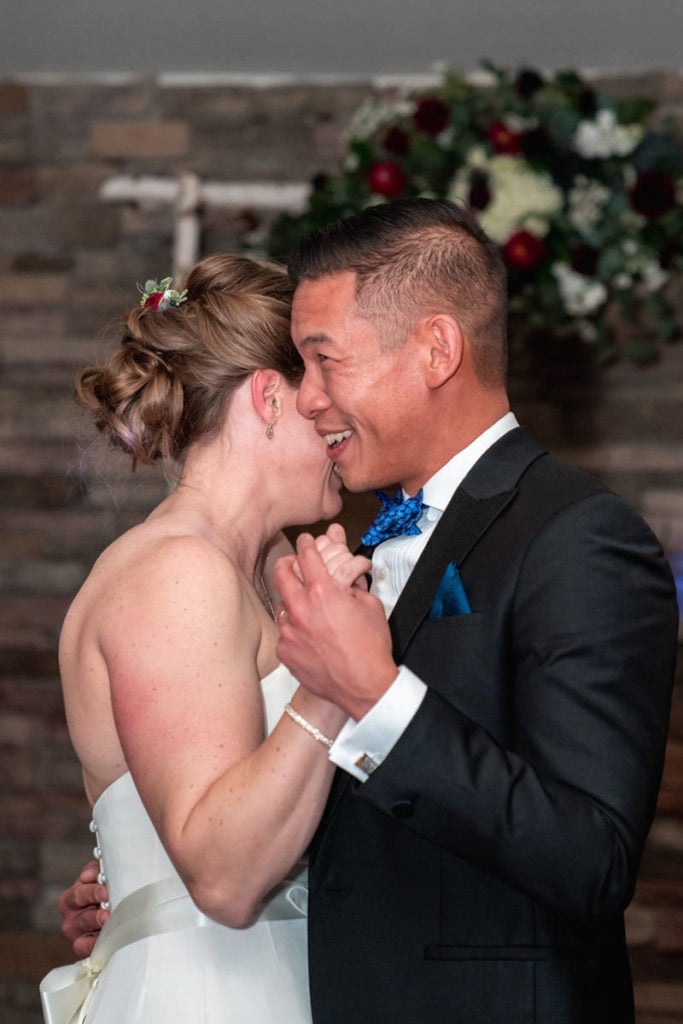 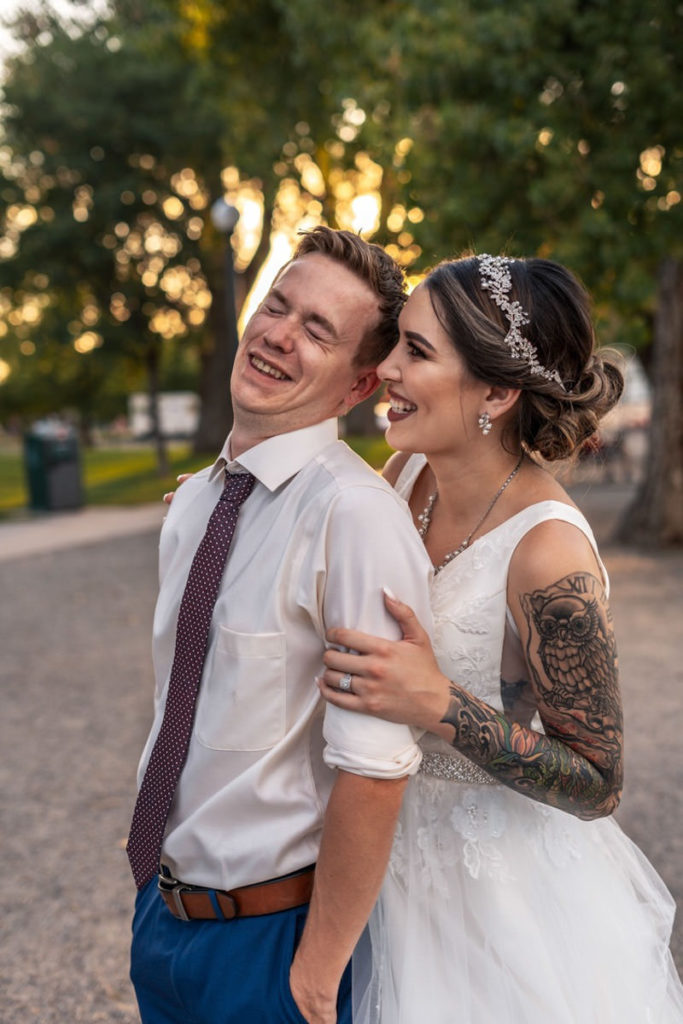 1. The History of Engagement and Wedding Rings

Where do they come from, why are they rings, what’s the story?⁠

⁠Well let’s go back, way way back, to Ancient Egypt. As you walk among the rich fields with the pyramids at your back, you stop and face your lover. You two are deeply in lurve and have decided to spend the rest of your lives together.⁠ ⁠You each take out circular rings made of reeds, knowing that this circular shape represents your infinite and unending love for each other, with no beginning or end. It’s simply eternal. ⁠ ⁠

You place the ring on the fourth finger of your partner’s left hand, because you believe it has a vein that goes straight to the heart.⁠ ⁠ And that’s how you and your partner commit to each other. There isn’t a wedding ceremony, because those don’t exist yet, just this commitment to each other.⁠ ⁠

And hey, 3,000ish years later, you still don’t have to have a ceremony!

Once you commit to each other, how you celebrate that commitment, is entirely up to you. ⁠ ⁠ Create your own traditions, live your own story, and do it all with the love of your life ️⁠

As for wedding rings, here’s a fun fact – up until WWII men didn’t typically wear them! During the war, married servicemen would wear rings to remind them of their wives back home. It became popular and in the 1950s in America, couples began buying wedding ring sets.

So once again, the history of this wedding tradition is pretty modern. You may even decide to forgo wedding rings all together and get tattoos! 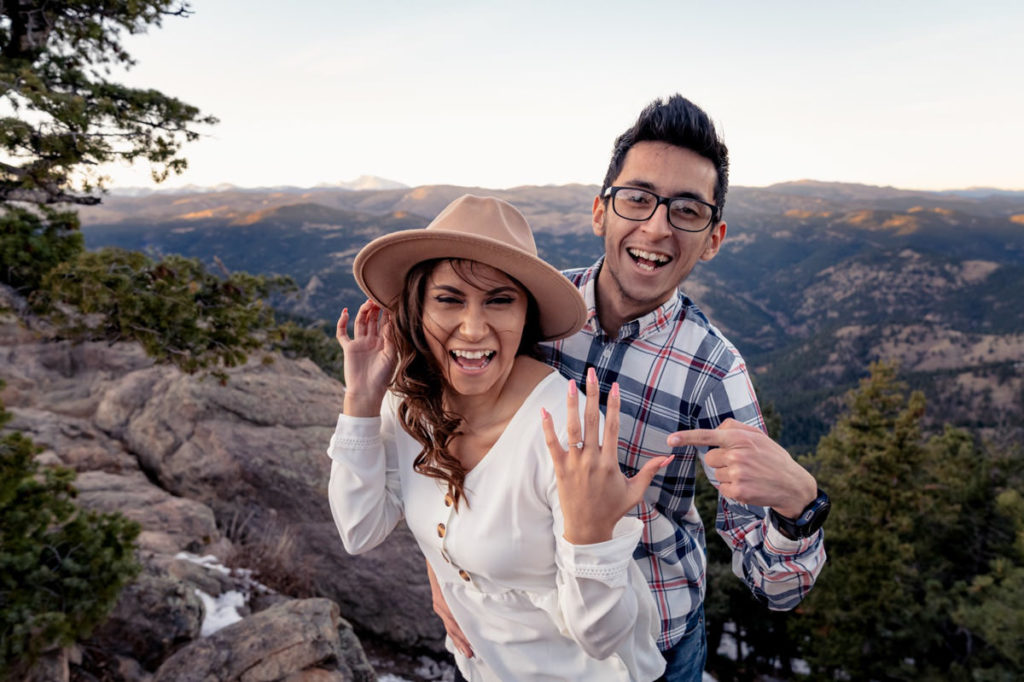 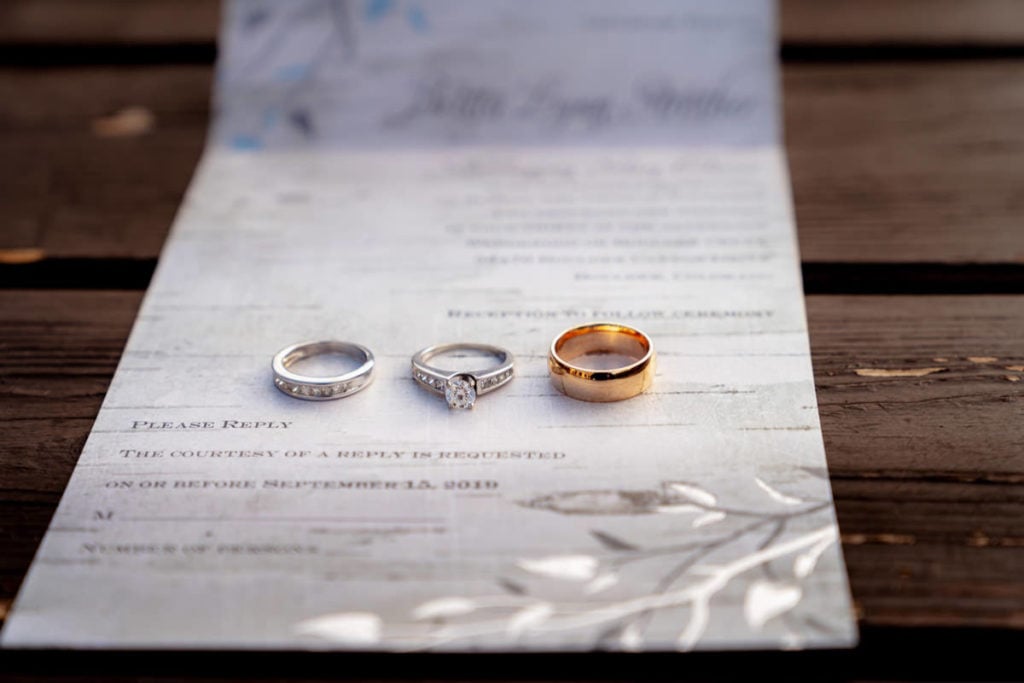 2. The History of White Wedding Dresses

Did you know for centuries and centuries Western brides wore colorful wedding dresses? Blues, reds, oranges, yellows, ya name it they wore it! You see, back in the day people didn’t spend money on wedding dresses. They just went to their closet and picked out the fanciest dress they already owned, and put that bad gurl on. They were gonna wear it on their wedding day, and wear it again and again afterwards. And you know what, every time they wore it, it probably reminded them of all the wonderful moments of their wedding day!

That allllll changed in 1840, when Queen Victoria of England got married. Queen Victoria knew that with the emerging art and power (ahem) of photography, her wedding photos would probably be shared across the world. So thinking ahead, she decided she wanted to showcase some of England’s finest works. Specifically, she wanted to show off England’s excellent lace makers, and a white wedding dress would do it best. So when the day came, she put on her white wedding dress, and just as she suspected, the photos of her spread all over the world.

Brides-to-be saw those pictures and decided that they too, wanted to look regal in white. ⁠They wanted to be just like the Queen. So slowly people began to gravitate towards wearing a white wedding dress, until it became THE dress to wear.

Here’s a cool idea though – this is your wedding and you can wear whatever you want! You can rock a white, black, tie dye, rainbow, polka dot dress. The thing is, you’re going to look spectacular. I promise you will, and not only that, you’ll be unique. Instead of wearing what everyone else wears, you’ll have your very own cool look! And one that you can wear over and over again. Whether it’s a white or colorful dress, the most important thing is that you find a look that’s 100% right for you.⁠ 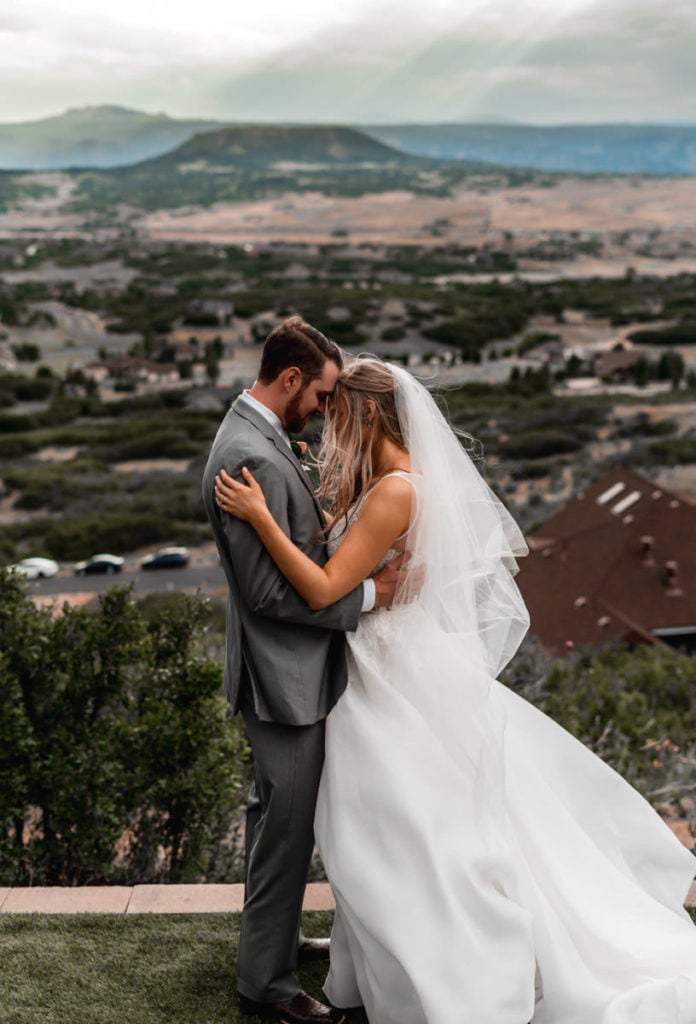 3. History of Throwing a Wedding Bouquet

One of the most iconic wedding traditions in western culture is throwing a wedding bouquet. Maybe some of us hope to catch it, even if we play it soooo kewwwwlll as if we totally don’t want to catch it even though we really hope that it’s going to bestow upon us magic fairy dust and that it’s us! We’re the next ones! But I totally digress!⁠ ⁠

So, where did this crazy idea come from? ⁠ ⁠

Bouquets are thought to have originated in Ancient Greece and Rome, where brides would use fragrant herbs and spices to scare away those evil spirits and bad luck. They’d sometimes wear flowers to signify the start of a special journey and fertility.⁠ ⁠

Here’s where things get a bit bananas:⁠ ⁠In the Middle Ages, brides were considered good luck, so guests would try to grab something from her to take home with them, and that something could even be the clothes off her back. To help keep herself clothed until proper official fun times, the bride would throw her bouquet into the crowd as a diversion.⁠ ⁠

Oh, and the bouquets were filled with really good smelling flowers and herbs because people only bathed a few times a year and brides needed to not smell stanky on their wedding day.⁠ ⁠ ⁠

Well, there ya have it! We have bouquets because back in the old days brides were stanky and needed to mask their stench. So if you forgot your deodorant, just stick some good smelling stuff in your bouquet and you’ll be all set!⁠ 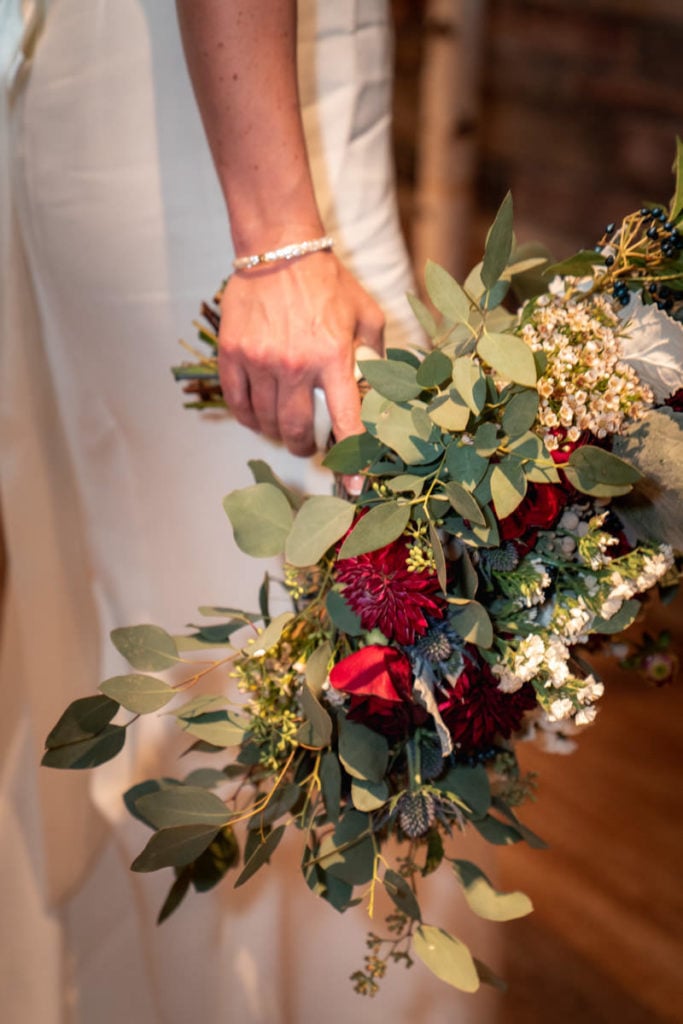 Jumping the broom is a popular tradition typically found in African-American weddings that can trace its origins to Ghana, Africa. Back around 1800, the streets and sidewalks in Ghana were meticulously clean, in large part due to the use of handmade brooms. Around that time, jumping the broom became incorporated into Ghanian weddings symbolizing a commitment to take care of the house.

When Africans were kidnapped and forced into slavery in America, they weren’t allowed to have relationships and marriages. But that didn’t stop them from doing it secretly. As they weren’t allowed to wear rings or wear anything that would give away that a couple got married, they would use the ‘jumping of the broom’ ceremony to officially mark their marriage.

In modern times, many couples choose to jump the broom both as a fun way to symbolize their official commitment, but also as a way to observe and recognize the past, and where their ancestors have come from. Today, jumping the broom is akin to tying the knot. 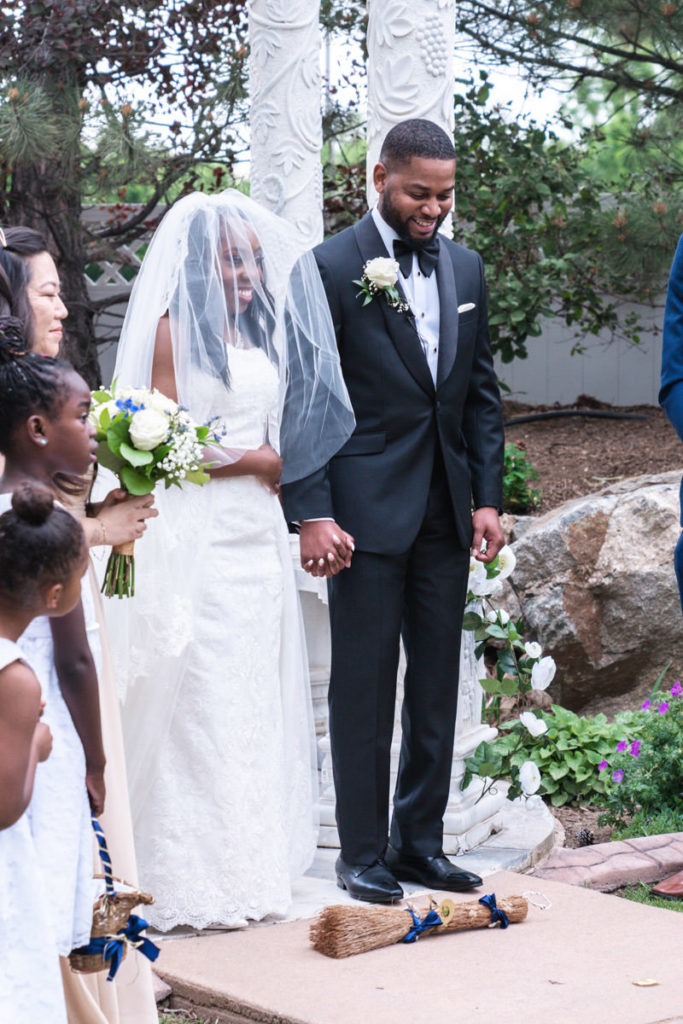 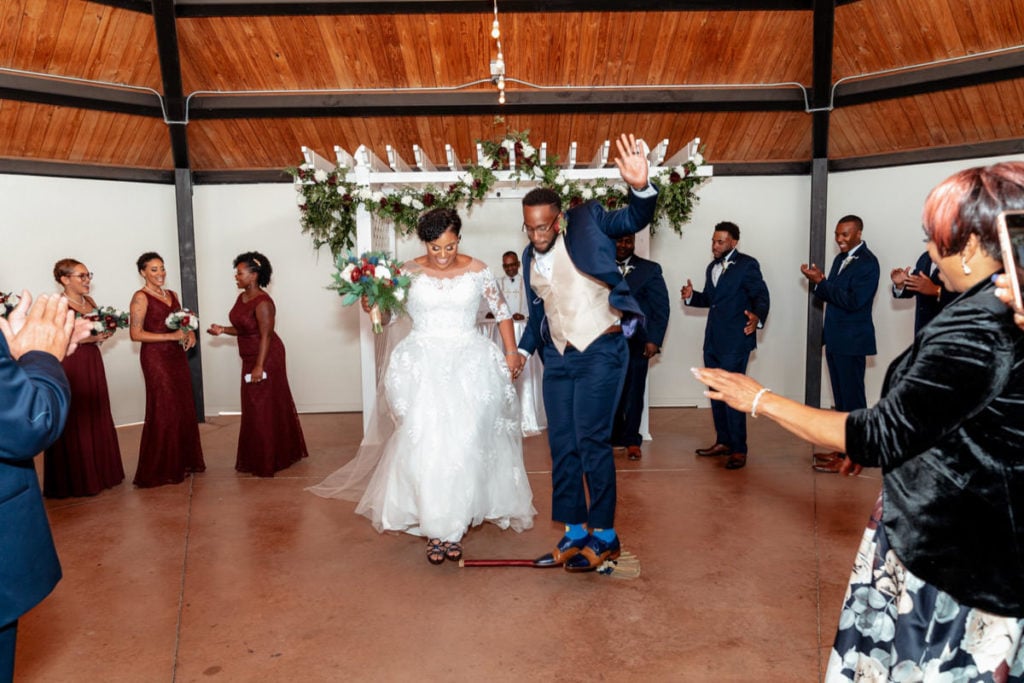 5. Breaking a Glass in Jewish Weddings

If you’ve been to a Jewish wedding, or have seen them in the movies, you know it’s coming. We’re allllll waiting for it. There’s even a small part of us that wonder, will the glass break? What does it mean! What happens if it doesn’t! But bam! (Maybe a few extra bams…) the glass breaks during a jewish wedding, we all scream mazel tov the wedding couple kiss and we’re off!

Smashing the glass dates back to writings in the Talmud, ancient Jewish texts that cover ceremonies and religious observances. During a wedding celebration folks were getting TOO ROWDY, so the groom took a previous expensive goblet and smashed it. One of the original explanations for this tradition then is to ensure a balanced perspective in life – don’t have too much merriment, but don’t have too much sorrow. Balance is key.

Newer interpretations share that folks should rebuild the temple within their own homes, celebrating and observing good deeds and the word of the lord.

And there’s another possible explanation – a HAPPY one:

As you can see, this simple tradition doesn’t actually have one definitive history and purpose! 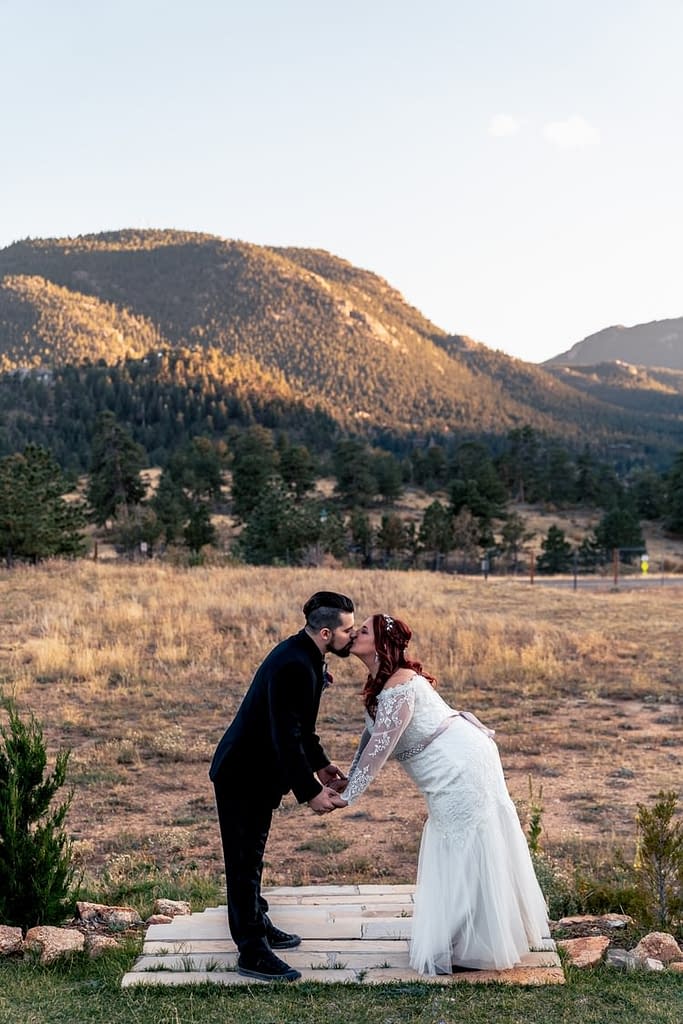 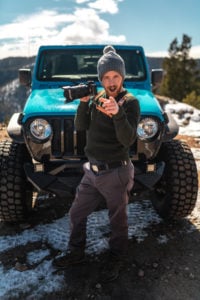 Hi there! I’m Adam, and my favorite thing in the world is helping couples just like you plan their perfect elopement. Whether your ideal day includes some of these traditions or you want to totally do things your own way, I’m here to help you make it happen!

If you’re ready to start planning or just have some questions to decide which elopement package is right for you, I’d love to hear from you.